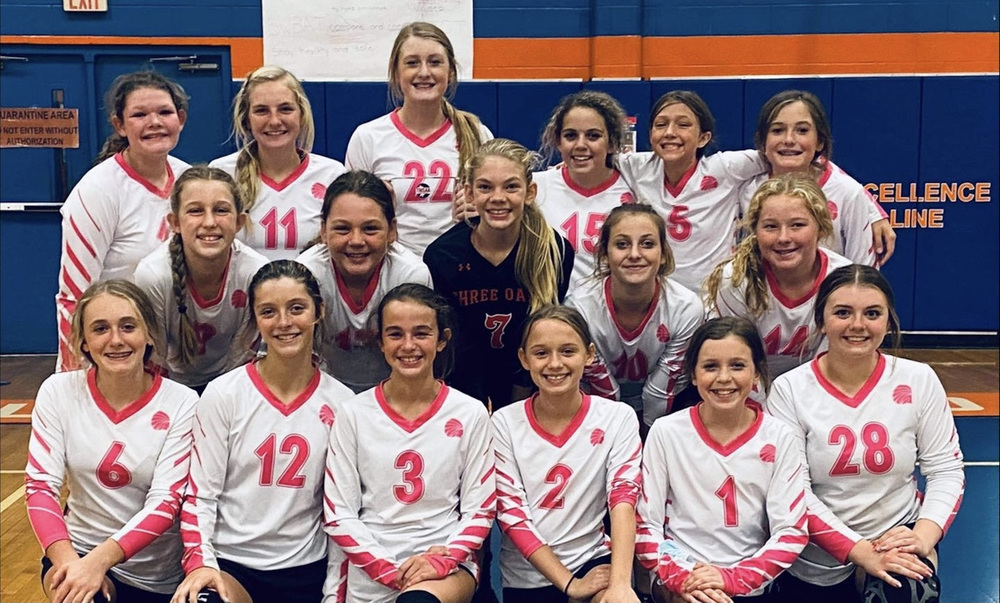 Rylee Key was named tournament MVP leading the team with 22 service points, 10 aces, and 18 kills on the night!

Ella Baird had a great night on the serving line scoring 26 service points with 14 aces.

Madalyn Thompson and Neely Bivens both came in strong and contributed on the front row; Libero.

Ella Rain Crawford and defensive specialists Rylee White and Ava Hart had great defense and passing on the back row as well.